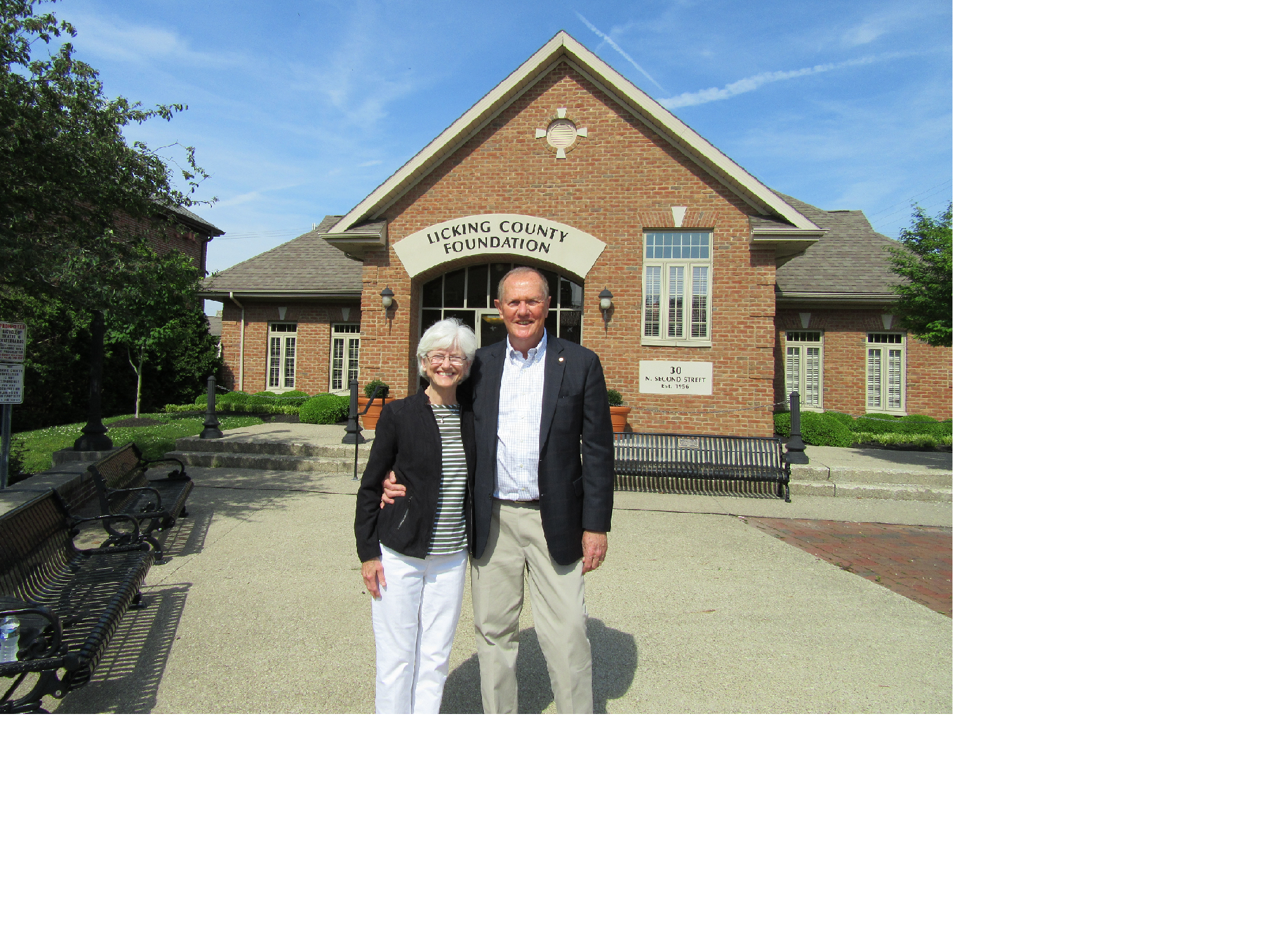 Drs. Thomas and Mary Beth Hall moved to Newark in 1979, eager to plant their roots in the community and become involved in local activities.

They immediately joined several community organizations. Almost forty years later both doctors, now retired, remain just as involved as ever. Tom has served on the LCF Scholarship Review Committee for 15 years. In addition, the Halls support the Sullivan Building Project and have made a planned gift to LCF.

Tom and Beth met at The Ohio State University while attending medical school. After completing their residencies in Indianapolis, the couple decided to move back to central Ohio and fell in love with Newark. They settled down and raised two children, both of whom are Newark High graduates—one being a past LCF scholarship recipient. The Halls have lived in the same Newark home since 1979. Tom Hall was one of the first ER doctors at Licking Memorial Hospital and helped make the ER what it is today. Beth practiced family medicine in Newark/Granville for 34 years.

Over the years they have been incredibly involved in the community. In addition to the time, talent and treasure they have shared with LCF, the Halls have served many other local organizations. Beth has volunteered with the Carol Strawn Center, Hospice of Central Ohio and The Center for Balanced Living. Tom is a Newark Rotarian and served on numerous boards, including the Licking Memorial Hospital Development Council, Weathervane Playhouse and the Licking County Family YMCA. He’s also involved with Stone Laboratory in Put-In-Bay, Ohio.

“We always talk very proudly of Newark to our friends. It’s a great place to live,” said Beth Hall. The Halls feel a responsibility to give back to a community that has benefited them so much. They said that paying it forward through the Foundation was a “no-brainer” because it’s a comfort to know that the money they invest will stay in the community.