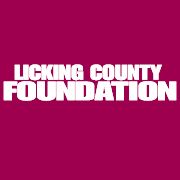 The report identified a slowdown in asset growth after several years of rapid field expansion, with respondents seeing a median increase of less than 1%. This is due to several factors, not the least of which is the state of the larger economy which led to lower investment returns. Positive trends did emerge in grantmaking as well as operating efficiency, the latter represented by margins generated by foundations that, in turn, have greater capacity to invest in their communities.

Operations:
Nearly half of all community foundations, including Licking County Foundation, generated surplus operating revenue in 2015. Administrative fees make up 92% of LCF’s operating revenue, meaning that fundraising efforts can be dedicated to grantmaking funds, rather than operations. On average, personnel costs account for two-thirds of a foundation’s operating budget. In 2015, LCF’s personnel costs were 68% of operating expenses. More importantly, LCF had an operating expense to asset ratio of 0.53%, compared to a median of 1.4% across the field. This means that Licking County Foundation is quite efficient in managing its operations.

Every community foundation exists to improve lives in its own backyard. We appreciate the shared knowledge and insights this survey provides so that LCF can grow stronger and improve performance to advance our community for many generations to come.